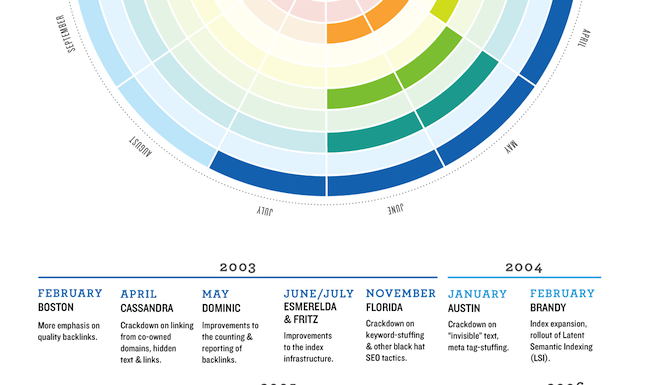 If you feel like Google changes everything once you get the hang of how it works, you’re probably not far off. The Google algorithm changes frequently to become better, but it is also changing to match how we are using the web.

“Winning” at Google used to be about stuffing as many keywords as possible in the metadata and content, and you earned bonus points by building as many inbound links as you could. As people figured out the system, Google made changes. Some would see these as unneccessary, but as Google matured we found that it forced us to write better content and write for humans rather than the search algorithm. Now search fully recognizes full-question searches and can find content based on topic. Being relevant and being helpful is now the best way to get attention.

This infographic captures the entire history of Google’s algorithm changes.